"What would Jesus 'do' if someone took His food or property?" 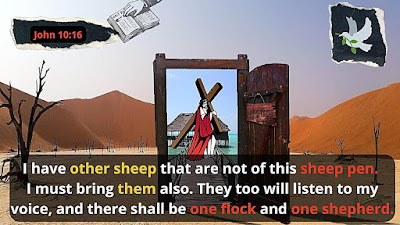 Furthermore, in Matthew 6:19-21 Jesus says, "Do not store up for yourselves treasures on earth, where moths and vermin destroy, and where thieves break in and steal. But store up for yourselves treasures in heaven, where moths and vermin do not destroy, and where thieves do not break in and steal. For where your treasure is, there your heart will be too."

Posted by reboundhero at 4:27 PM No comments:

How blessed are you today?

The author of the book of Acts in the Bible is not given. I feel like it's because the writer knew God very well and believed our moment here on earth is brief (and not worth admitting we were here). Lol! Anyway, it reminds me of a memorable scene in the movie Taken. When actor Liam Neeson is on the phone with his daughter after she goes on a trip to Paris. But just before the phone call her and her girlfriend were targeted by human traffickers. And while she was on the phone with her dad the traffickers broke in the place she was staying. Her dad told her they were going to take her. And when she could, relay everything she saw about them. But to hide under the bed from the kidnappers in the mean time.
Then out of nowhere, she was dragged kicking and screaming out from underneath the bed.

As she's pulled, she cried "Daddy!" as she dropped the phone. Then she cried out about a tattoo she saw on the man.
Then, when things became silent, one of the kidnappers got on the phone with her dad. And the dad said, "I don't know who you are. I don't know what you want. If you are looking for ransom, I can tell you I don't have money. But what I do have are a very particular set of skills..."
Paul in the book of Acts being taken away from his life for preaching the Godpel reminds me of this scene. Mainly because some people like him get taken away by others who are not Jesus.
And that invisible author of Acts who wrote about Paul being taken reminds of other victims of human trafficking. Those victims who are frail and too afraid to talk about it while they're in captivity.
Yet, Paul (and the author) had a very particular message. I'm sure if God was on the phone today with those who are taking you away from Jesus fast, and crying out, "God!!!," then he'd get on the phone and be like, "I don't know who you are. I don't know what you want. If you're looking for ransom, I can tell you I have a body. But what I do have is a very special message. An offer I'm making that was born to die for you and forgive you..."
Which, I know, is a totally different skill-set than the one Liam Neeson offers to his foes in the movie Taken. But the opponents of truth, love and know-ability are typically the same.
But, like the girl in the movie, then Paul's life included a period of going to prison for two-years at Rome (ch. 28). The results of the message then included Paul on trial in front of then Governor Felix: (Acts 24:1-26), Governor Porcius Festus: (Acts 24:27-25:12), King Agrippa and High Officials (Acts 25:13-26:32) just to cite a few. What some critics today might call "Kangaroo trials" at different times and places regarding one message (speaking the truth and resurrection of Jesus) way back in the past before he was taken.
In Acts 28:27, God goes on to let us know, "For the heart of this people is waxed gross, and their ears dull of hearing, and their (mind's) eyes closed."
Armed with Paul's "very special message," CLU parents and Ephesians 4:13 operatives faced off on the deadly front lines of rescue missions. - weather that's un-know-ability, un-love-ability or denied parental access. God stops at nothing to restore his children that are taken.
Armed with God's "very special message," CLU parents, Ephesians 4:13 operatives, are like Liam Neeson in the movie, facing off everyday on the deadly front lines of rescue missions. - weather that's un-know-ability, un-love-ability, un-counsel-ability, or kids with denied parental access. God stops at nothing to restore his children who are taken
.
Laying down our lives and living for Jesus will have God and future generations saying, "The heart of these people were un-waxed, and their ears un-dull, and their eyes un-closed." It's what happens when you're the only ones not taking people away from Jesus.
And this very special skill-set we have with know-ability, love-ability and access-ability could be yours too by confessing "Jesus is Lord" like the Gospel says in Romans 10:9.
The hearts of our kids tomorrow and families of the future will cry out to God differently. Like fresh new music, and their ears will be like freshly sharpened pencils, and their eyes will be like new kittens. They won't be crying, "Daddy!"
(But please, don't tell anyone I said Jesus does this).
God confirms it in Acts 28:28, "Be it known therefore unto you, that the salvation of God is sent unto the Gentiles, and that they will hear it."
Taken or not, how blessed are you today?
#GloryGod
@Justice180CLU360
#PracticeSmall
@SavingLives
Posted by reboundhero at 9:36 AM No comments:

Is God Far Away?

Posted by reboundhero at 3:01 PM No comments:

reboundhero
Safeguard your dreams! - Hi, I’m Aaron Wemple. Least Commanded (Matthew 5:19) author and the founder of Life Winks LLC. I never asked for this, and would rather pray for my shortcomings than talk about myself, but now I love transforming lives, dreams, victim-proofing data access, files, & filings for those with special needs. Co-building otherwise missing socioeconomic data ramps, talents, and laws. It's like being a video game character who has to build their own ramps and bridges to get to otherwise inaccessible areas they need for survival. It's a lot of what seems like futile work, like a car with no gas pedal, but it's worth it in the end because it opens up new possibilities and opportunities.